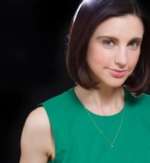 Morgan Ring was born and raised in Toronto. She read History at Cambridge, where she is now completing her PhD. She held the Francis J. Weber Fellowship at the Huntington Library and holds the Gonville Studentship at Gonville and Caius College.

So High a Blood: The Life of Margaret, Countess of Lennox is her first book.

Mary Stewart and Elizabeth Tudor never met — the one structural flaw in their otherwise faultlessly theatrical story, and one that playwrights, screenwriters, and composers have delighted in fixing. Set to a Donizetti score or not, the bond between them was an intricate, many-stranded knot: they were cousins who described themselves as sisters, rival claimants to the English throne, fellow queens-regnant in an age of male monarchs. They would have been — so the joke went at the Scottish court — the best solution to each other’s marital dilemmas, if only Elizabeth had been a king. When Mary reported that Elizabeth’s ambassador, Thomas Randolph, wanted her to take an English husband, the Earl of Argyll replied ‘Is the Queen of England become a man?’

Elizabeth, however, was not the only English relative who played a pivotal role in Mary’s life but whom she — in all probability — never met. She and Lady Margaret Douglas, Countess of Lennox were aunt and niece, mother- and daughter-in-law, political enemies and cautious friends. Their relationship was carried out by messengers, only some of whom left accounts, and by correspondence, much of it lost. Yet reconstructing it can tell us much not just about the queen and the countess themselves, but about the roles they played in the Tudor succession.

Mary and Margaret Douglas owed their Tudor blood to Margaret, Queen of Scots, eldest daughter of Henry VII and Elizabeth of York and sister of the future Henry VIII. When she was thirteen, she left England to marry James IV, King of Scots, a match designed to foster ‘Perpetual Peace’ between their two countries. In Marmion, Sir Walter Scott describes a Margaret who ‘all lonely sat and wept the weary hour’, forsaken by a philandering king, and James did keep mistresses both before and after his wedding. Nonetheless, the two made a surprisingly successful royal marriage. Margaret was an adept queen consort and fond of her dashing husband, and James respected and trusted her in return: he died at the Battle of Flodden in 1513, and although his will does not survive, he seems to have decreed that Margaret would be not only their infant son James V’s guardian, but also his regent.

Just a year into her regency, Margaret married again, choosing Archibald Douglas, Earl of Angus. Endlessly unpredictable — as she later wrote, ‘I took my lord of Angus against all Scotland’s will…I took him at my own pleasure’ — she caused a scandal both in Scotland and in England: she lost her place as regent and as custodian of her children, and she was no longer free to make an advantageous diplomatic marriage. Worse, her marriage with Angus was a tempestuous, on-again, off-again business, and it ended in separation. They had only one child — the Lady Margaret Douglas.

Margaret Tudor’s children likely saw each other as children in Scotland, but never after 1528, when James V drove his sometime stepfather Angus out of the country and unintentionally exiled his half-sister to England as well. Margaret Douglas went to live at Henry VIII’s court and was ‘[treated] like a queen’s daughter’, with her uncle the king decreeing that ‘if any proposition were made for her, he would make her marriage worth as much as his daughter Mary’s’. This assumed Margaret would only marry with Henry’s permission, and in 1536, she nearly did the opposite: she was arrested and imprisoned for becoming engaged to the minor noble Lord Thomas Howard without royal leave. Howard was sentenced to death for trying to marry ‘in so high a blood’ — and for aiming, through marriage, to win ‘the imperial crown of this realm’.

As Howard’s sentence makes clear, Margaret and James’s Tudor blood assumed a terrifying importance in that summer of 1536. All three of Henry’s children were legally bastards. Who, then, was the rightful heir? The children of his elder sister suddenly found their heritage the topic of panicked speculation and debate. James V was the elder and a man, but he had been born in Scotland, which had long been considered a strike against him. Margaret Douglas was younger, a woman, and of debated legitimacy — but she had been born in England and had lived there for years. Henry VIII solved the problem by having a son — the future Edward VI, whose birth coincided with Margaret’s release from confinement and the unfortunate Howard’s death by fever in the Tower — but the question would return for both Margaret and James: in default of Henry’s line, who had the right to succeed, and why?