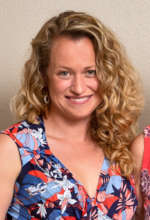 Jennifer E. Rizzo is a writer, mother, autism advocate and an avid ultra marathon runner. She began her career as an opera singer, before becoming a human resource executive in a finance firm. Jennifer also ran her own cake making business before becoming a freelance writer focusing on history, running and parenting.

A lover of crafting and a maker of all things, Jennifer can usually be found knitting, baking, painting, reading, running or writing. She lives north of Boston with her husband, son, daughter and their beloved dog.

In England in the sixteenth century, courtiers may have influenced fashion trends, but the queen was an icon above all others. She defined not only fashion, but also the standards of beauty for the time.

But, during the reign of Henry VIII, did beauty ideals and fashion trends change with each of his six queen consorts?

In the Tudor period, a woman’s complexion was one of the most defining aspects of her beauty. The complexion was deemed important because “facial appearance was deemed the most visible, vital signifier of health,” according to Professor Erin Griffey of the University of Auckland. Therefore, “good colour” during the early Tudor period didn’t signify a woman had mastered makeup application, but that she had a proper balance of the humours, the balance of which were what Tudor doctors believed solved all medical problems. In the sixteenth century, a clear, healthy complexion meant a woman would be fertile and able to survive pregnancy.

Until about 1520, hair colour in England was not of much importance, as a woman’s hair was usually not visible under her hood. British historian and author Elizabeth Norton states that although the queen sometimes appeared with her hair down, known at the time as “in her hair,” married women and girls almost always covered their hair with caps or gabled hoods. This practice stems from Saint Paul’s biblical decree that women should cover their hair. The French hood, when it appeared, was considered quite daring at the time as it showed the front of a woman’s hair. Makeup application was also frowned upon in the early Tudor era.

Henry VIII and his wives spent large amounts of money on their clothes. On 10 September, 1519, the Venetian ambassador Sebastiano Guistinian wrote that Henry had spent 16,000 ducats on his wardrobe, “for he was the best dressed sovereign in the world.” According to Eleri Lynn in Tudor Fashion, “A ducat is worth about ￡100 today, meaning that he estimated the worth of Henry’s wardrobe at ￡1,600,000 in today’s money. This was probably an underestimation. An inventory of Henry’s wardrobe in 1521 estimated its value at ￡10,380, which equates to almost ￡4,000,000 today, and would pay the yearly wages of over 1,100 skilled craftsmen in Henry’s day.”