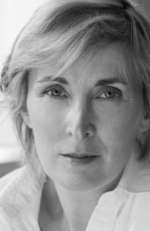 The Battle of Flodden, which took place in Northumberland over five hundred years ago, and is still remembered with horror in Scotland, is not only a story of fighting men. It is also a tale of two Queens. Margaret Tudor, Queen of Scots, who lost her husband in the battle on 9th September 1513 and Katherine of Aragon, Queen of England, Captain General of the English army that killed him.  It is a story of a devastating defeat, but also of ultimate triumph.

For the twenty three year old Margaret Tudor it began in August 1513 when she bade her husband, James IV, farewell at Linlithgow, the palace in West Lothian he had given her as a wedding present. It was here, in this towering palace by the loch, that their son, James, had been born on Easter Saturday the previous year. He was ‘a right fair child and large for his age’, and by that summer of 1513 she was pregnant again. Legend has it that she had begged her husband not to leave her, for he intended to war with her brother and she wished to prevent it.  In reality, her chief concern was for James’s life. It was only four years since Henry VII’s death, but the twenty-three year old Tudor princess was now a ‘Scotswoman’, as she often asserted. Under the blue painted ceiling of the Linlithgow palace chapel, she would pray for James’s victory, as well as for his safe return.

The relationship between the royal brothers in law had broken down in January 1512, when the English Parliament had reasserted the Crown’s ancient claim to overlordship of Scotland. A furious King James had retaliated by signing a treaty with Henry’s French enemy, Louis XII, in which each agreed to come to the aid of the other, were they ever to be attacked. Henry VIII was certain, however, that James would not honour it. He had joined a Holy League against Louis, inspired by the Pope’s desire to see the French out of Italy and James was threatened with excommunication if he came to Louis’s defence. Confident that James would heed the papal warning Henry had led his army in person into France, landing at Calais on 30th June.

Henry’s only real concern in leaving England had been the potential threat posed by his White Rose cousins. Edward IV’s nephew, Edmund de la Pole, Duke of Suffolk, had been in the Tower since his father’s reign, but if Henry lost a major battle in France - where Suffolk’s younger brother, Richard de la Pole, was allied with Louis XII - it was possible he would be sprung from the Tower and crowned in Henry’s place. Henry had had the Duke executed before his departure and his Queen, Katherine of Aragon, had been left as Regent of England and Captain General of his armies during his absence, to deal with any other unforeseen difficulties.

Having parted from Margaret Tudor, James crossed the border into Northumberland on 24th August at the head of the greatest army ever gathered in Scotland. Fortress after fortress fell to the Scottish king.  Henry VIII was certain his wife, Katherine of Aragon, would be a match for James. She was the daughter of Queen Isabella of Castile, who had thrown the Moors out of Spain and Katherine, busy organising artillery and gunners, wrote to re-assure him that she was ready for a fight and, ‘My heart is very good to it’. Not that Katherine underestimated James. The French had trained large numbers of his men in the use of the Swiss pike: fearsome weapons, eighteen to twenty-two feet long, that could stop a cavalry charge in its tracks. When her battlefield commander, the Earl of Surrey, reached James’s army at Flodden, Katherine was already preparing a defensive line further south, in case Surrey lost to the Scottish king.