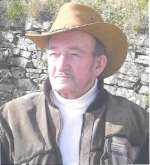 Derek Wilson is one of Britain’s leading authors of history and historical fiction. In a writing career spanning half a century he has written 70+ books, and innumerable articles, as well as featuring in radio and television programmes, speaking at literary festivals and at venues including the British Museum, the Tate Gallery, Hampton Court Palace, the British Library and Manchester Cathedral.

Having graduated from Cambridge in History and Theology, he has explored many aspects of the Reformation. Among his popular works are Out of the Storm – The Life of Martin Luther, A Brief History of the English Reformation, Henry VIII – Reformer and Tyrant, and Mrs Luther and Her Sisters – Reformation Women.

He currently lives in Devon, writes frequently for leading historical magazines and is working on a series of Tudor crime novels. His latest work, The Queen and the Heretic, was published in the UK on 20 April 2018.

Passion. This is the word that most accurately links the two remarkable women who are the subjects of The Queen and the Heretic. However, if you jump to the conclusion that this means my story is just another of those soap-operas-masquerading-as-history sagas the fiction lists (and some non-fiction lists) are becoming overloaded with you will be mistaken. If you want clandestine affairs, heroes and heroines venturing all for love and a heart-warming ending in which amor vincits omnia, then look elsewhere. If ‘Tudor history’ for you means romantic encounters in perfumed bed chambers, royal hunting parks, knot gardens and palace back rooms, embarking on The Queen and the Heretic will lead to disappointment. The ‘passion’ I refer to is not the physical expression of mutual devotion between men and women. It is the ardent commitment of believers to God. Don’t get me wrong; sex there is, and human affection, and sacrifice and intrigue and betrayal and moments of heart-jolting drama. But all this takes place within the context of religious conflict – something modern western culture believes it has grown out of but which was central to the lives of our Tudor ancestors.

On 16 July 1546 a royal courtier, an ex-friar, a Lincolnshire gentlewoman and an Essex tailor were burned to death as heretics at West Smithfield, just beyond the north-west wall of the city of London, an area normally used as a cattle market. This was the last such event carried out under the terms of the Act of Six Articles, in the reign of Henry VIII. A few years later it would be graphically described by John Foxe in his Acts and Monuments of these Latter and Perilous Days … (commonly known as the Book of Martyrs). The most noteworthy member of the doomed quartet, and already enjoying a posthumous reputation as a Protestant ‘celeb’, was the woman, Anne Askew. Foxe described not only the last moments of the twenty-five year-old ‘fair gospeller’, but her various interrogations and her cruel torture. He also linked Anne’s suffering with the misadventures of another woman, Catherine Parr, last wife of King Henry VIII. He pointed out that Anne’s only interest to her persecutors was their hope of discovering a link between the heretic and the queen, a hope unrealised thanks to Anne’s refusal to be coerced by threats, pain and the prospect of a horrible death.

A moving tale. But one which compels the historian to take a fresh and detailed look at the evidence, to sift fact from legend, to isolate and banish bias. The Queen and the Heretic is an attempt to do just that. It tells the back story. It charts the lives of these two remarkable women down to that tragic high-summer day. It also seeks to relate this twin narrative to the bigger story of England’s Reformation, for without an attempt to identify the significance of past events, those events are robbed of relevance and become – heaven help us – mere entertainment.

Living where and when they did these two women could not avoid involvement in the upheavals of the second half of Henry VIII’s reign. Catherine was born into a courtier family. Thomas Parr, her father was captain of the band of Gentlemen Pensioners, the royal honour guard. His wife, Maud, was a lady-in-waiting to and a favourite of Henry’s first consort, Catherine of Aragon. Little Catherine Parr was, in fact, named after the queen. Anne was the second daughter of a leading Midlands family. The Askews had considerable property in Lincolnshire and Nottinghamshire. They belonged to that stratum of society that was vital to the working of Tudor government. It was the county gentry who provided the justices of the peace, staffed various royal commissions, acted as royal tax collectors and guardians of law and order. They mustered the military levies and, when the king went to war, they led the local contingents that made up the English army. They even accompanied the sovereign on important diplomatic missions, which is why Anne’s father, Sir William Askew, was present at the Field of Cloth of Gold in 1520. Ambitious gentlemen – and Sir William was certainly of that number – sought ever closer links with events at the centre of national life in court and parliament. Two of Anne’s brothers were found positions in the royal entourage. Clearly, the Parrs and the Askews could not avoid involvement in the events that rocked the nation from 1518 onwards.

Why 1518?’ Because that was the year that educated Englishmen, and Englishmen who wanted to be in touch with intellectual fashion, began to be aware of the writings of Martin Luther. At first, the coming storm was a cloud no bigger than a man’s hand. In 1521 King Henry, with the aid of Thomas More, wrote a refutation of some of the German monk’s heresies and few of his subjects could have foreseen that Luther’s attack on the Catholic practices of penance and absolution would strike a common chord with thousands of people throughout Europe. Everyone, including several members of the ecclesiastical hierarchy, knew that the state of the clergy left much to be desired (to say the least). Educational standards were deplorably low and moral standards were, perhaps, not much higher. Anticlericalism was not new. It rumbled on from generation to generation and is evidenced in bawdy alehouse jokes and hard-fought cases in the ecclesiastical courts.

What Luther did was turn anticlericalism into antisacerdotalism. He questioned, not just the conduct of the clergy, but the very doctrine on which priestly power and privilege rested. He advocated ‘justification by faith’: to be reconciled to God a sinner did not need the prayers, ministration and rituals of the religious ‘professionals’; he/she was saved by personal faith in the Almighty. It is difficult for us to appreciate, let alone understand, the impact of this on sixteenth-century society. Many felt a lifting of the burden of guilt, a release from a prison to which only the clergy held the keys.

As the ‘new learning’ (or, as its advocates insisted, the old but neglected learning) began to be preached and written in clandestinely-circulated books it touched people at all levels of society – scholars at the universities, members of the better educated minority, right down to humble artisans. What cemented this movement firmly into English life was the publication, in 1526, of William Tyndale’s vernacular New Testament. This was the biggest gamechanger in English history since the Norman conquest. With the aid of marginalia, it pointed out that Lutheranism was in line with the teaching of St Paul.