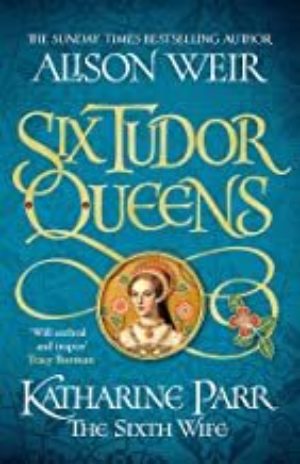 A fitting conclusion to the superb Six Tudor Queens series

Katherine Parr is best-known as the one who 'survived' marriage to Henry VIII. She was the last of his wives, and had the luck, the skill, or both, to avoid the fate of the previous five – who variously were divorced, beheaded or died. But there is much more to Katherine’s story than this. She was an intellectual, a published author and the first Queen of England to be buried as a Protestant. Following Katharine of Aragon’s notable performance as Regent of England, Katherine was also the only one of Henry’s subsequent five wives that he entrusted again with the role.

In Katharine Parr: the Sixth Wife, the final novel of her Six Tudor Queens series, Alison Weir creates a well-rounded portrait of a lively, intelligent, courageous, and passionate woman. The dramatic events in Katherine’s life need no embellishment - from the happy early years with her siblings and cousins in her uncle’s household, through the turbulent events of the Pilgrimage of Grace to life at the very centre of Henry VIII’s court, followed by its abrupt ending – to create a great story, as Weir does.

Katherine’s close relationships with her brother, William Parr, and sister, Anne Parr, and later her five stepchildren, form a central theme throughout the book, as does the importance of Katherine’s faith, and her developing Reformist beliefs. Weir deftly draws out the necessary details of the profound religious changes of the period, without overwhelming the reader or impeding the pace of the story.

She also captures the complexity of Katherine’s relationship with her third husband, Henry VIII. He was clearly fond of Katherine, and recognised her strengths as queen-consort, but was equally capable, as demonstrated twice previously, of sanctioning her death. Weir also powerfully evokes the visceral fear that Katherine must have felt when she realised that, due to the machinations of the Catholic faction at court, she was about to follow the same brutal path as two of her predecessors.

It is easy, in these circumstances, to understand why, following Henry’s death in early 1547, Katherine seized the chance for happiness, with her secret marriage to Sir Thomas Seymour. And it makes it even more tragic then, that, rather than a fairy-tale ending, her final year was marred by Seymour’s inappropriate behaviour with her stepdaughter, the Lady Elizabeth, and then so cruelly cut short, following the birth of her first child.

I have thoroughly enjoyed all the novels in the Six Tudor Queens series but this one is, I think, my favourite.