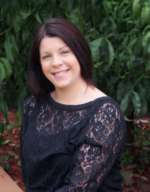 Sarah Bryson is a researcher, writer and educator who has a Bachelor of Early Childhood Education with Honours. She currently works with children with disabilities. She is passionate about Tudor history and has a deep interest in Mary Tudor, Charles Brandon, Duke of Suffolk and the reign of Henry VIII and the people of his court. Sarah has run a website dedicated to Tudor history for many years and she has been studying primary sources to tell the story of Mary Tudor for a decade.

On 30th July 1514 eighteen year old Mary Tudor, under instructions from her brother King Henry VIII, formally renounced her marriage with Prince Charles of Spain. She had been married, by proxy, to the Spanish prince for six years, never once meeting her husband.

By the middle of 1514 the political tides were changing and England no longer sought a Spanish alliance. Holy Roman Emperor Maximillian I had been making excuses as to why his grandson could not marry Mary and Henry VIII was growing tired. He sought a new alliance for England and within a matter of months a treaty had been signed between England and France. Part of his treaty was the marriage between Mary Tudor and the French king, Louis XII.

At fifty two years old, riddled with gout and on a strict diet and health plan set out by his doctors, it came as no surprise that Louis XII was eager to marry the young and beautiful eighteen year old Mary Tudor, of whom he would later call his Nymph from Heaven.

On 13th August 1514 Mary was married by proxy to King Louis XII. The Duke of Longueville stood as representative for the French king. The wedding was held in the Great Hall at Greenwich, which was decorated with an arras of gold and laced with a frieze embroidered with the royal coasts of arms of both England and France. King Henry VIII and Queen Katherine entered first, followed by Mary and her ladies-in-waiting. Mary wore a ‘petticoat of ash-coloured satin, and a gown of purple satin and cloth of gold in chequers; she wore a cap of cloth of gold, and chains and jewels like the Queen’ (Calendar of State Papers, Venice, Vol. 2, 505).

With the ceremony over Mary retired to her chambers and changed into a beautifully decorated night gown. The Duke of Longeville then arrived wearing a doublet and red hose, leaving one leg naked to the thigh. Both the Duke and Mary lay down in the bed and the Duke touched Mary’s leg with his own naked one, symbolising the consummation of the marriage. Archbishop Warham then declared that the marriage was consummated.

King Louis XII had his own proxy wedding one month later, on 14th September. At the Church of the Celestines in Paris, Louis XII held a similar ceremony where he committed himself in marriage to Mary with the Earl of Worcester standing in for the princess.

Mary received a great number of gifts from her new husband, including two coffers of plate, seals, devices and magnificent jewellery. One of these jewels was the famous Mirror of Naples, a diamond as large as a man’s finger with a pear-shaped pearl hanging from it, said to be the size of a pigeon’s egg.

Mary did not leave the shores of England until the end of September 1514. Her journey from Dover to France was delayed due to terrible storms. It was in Dover that Mary made her brother promise that should Louis XII die before her, and she was childless, she was free to take a man of her own choosing for her second husband.