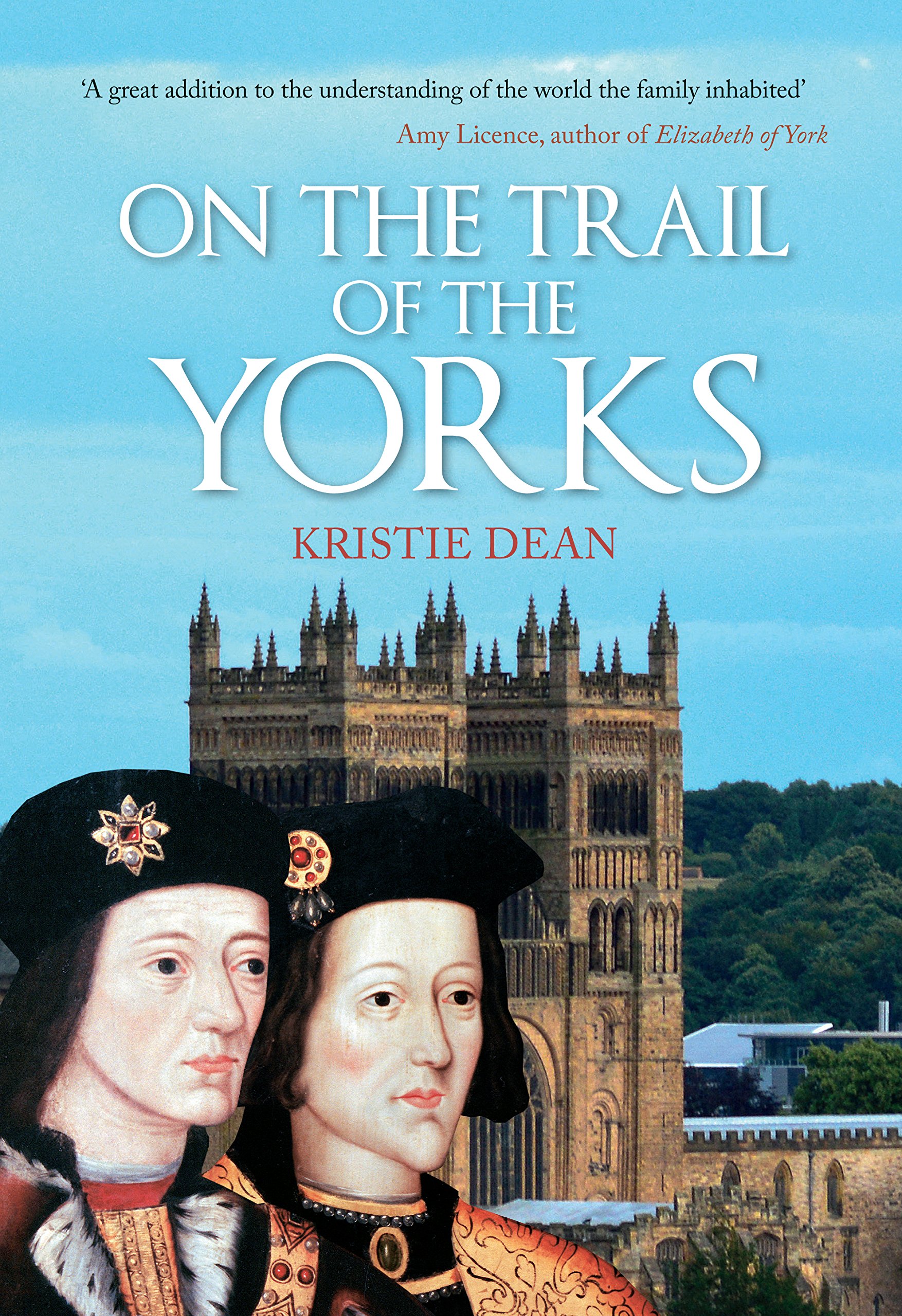 We are delighted to be part of Kristie Dean's Blog Tour for the launch of 'On the Trail of the Yorks'.

Her new book explores the places associated with members of the fascinating York family and reveals their lives through the cathedrals, castles, battlefields and manor houses that shaped their history.

Kristie has written an article for Tudor Times on Windsor Castle and its strong associations with Elizabeth of York.

'Windsor Castle is breathtaking. It is one of my favourite places to visit – for both its opulence and its history. Try to time a visit for the changing of the guards ', she says.

All the children of Edward IV would have been familiar with Windsor Castle, with its gleaming stone walls. The first building on this spot was a wooden structure built on the order of William the Conqueror as one of the fortifications surrounding London. It quickly became a royal favourite. In the twelfth century, the castle was rebuilt in stone. Subsequent monarchs enlarged and renovated it.

Throughout the centuries the castle has served both as a fortress and a birthplace of royalty. The Lancastrian King Henry VI was born at Windsor. Kings of both France and Scotland have been imprisoned here. Edward IV spent a great deal of time at the castle, perhaps because of its close proximity to London and spacious hunting grounds.

When Louis Gruuthuse, who had lodged Edward IV and Richard when they were in exile, came to visit, Elizabeth was present at the festivities, getting to meet the man who had sheltered her father. Bluemantle Pursuivant states that:

The King had him to the Queen’s chamber, where she sat playing with her ladies … which sight was full pleasant to them. Also the King danced with my lady Elizabeth, his eldest daughter. [The next night] the queen did order a great banquet in her own chamber. At the which banquet were the king, the queen, my lady Elizabeth the king’s eldest daughter, the duchess of Exeter, my lady Rivers, and the lord Gruuthuse, sitting at one mess; and at the same table sat the duke of Buckingham, my lady his wife … and when they had supped, my lady Elizabeth the king’s eldest daughter, danced with the duke of Buckingham, and divers other ladies also. (Modern translation)

Following the dancing, the King and Queen, along with her ladies, brought the Lord Gruuthuse to his chambers, which had been carpeted and decorated with wall hangings of white silk and linen cloth. A large bed had been made for him, of the finest down that could be procured. His sheets were of ‘ Reynes, also fine fustians, the counterpoint cloth of gold, furred with ermine. The tester and the canopy were also shining cloth of gold ’. His chamber was elaborate, with his sheets and pillows of the Queen’s ordinance.

The next morning, Edward observed Mass in his chapel and afterwards presented Gruuthuse with a jewel-encrusted cup of gold. They then went hunting in the little park, where the King further gifted Gruuthuse with a crossbow with strings of silk. Given her age, Elizabeth would not have been present at the hunt.

Elizabeth was also not present years later when the body of her mother arrived by boat at Windsor, because she was nearing her confinement. Her mother was laid to rest in St George’s Chapel at Windsor with a small funeral. Woodville’s biographer, David Baldwin, suggests that she may have requested the small burial because she was aware that the deceased’s estate was to bear the expense and she did not have funds for an elaborate funeral. While Elizabeth of York was not able to attend the funeral, she did name her next child Elizabeth.

Elizabeth would recognise many of the buildings in the castle today. There are some changes she would not have known, however. The Round Tower was shorter in her time. Her son, Henry VIII, would add the range that contains the Royal Library and the entrance gateway to the Lower Ward. The houses on the south side of today’s Lower Ward were not added until the reign of Mary I. In Elizabeth’s time, the entrance on the south side was reached via a bridge over the ditch and through a gateway. However, many of the buildings she knew are still extant.

For more information on Windsor Castle and its role in the history of the York family, read On the Trail of the Yorks, now available from Amberley Publishing.

Kristie Dean holds a master’s degree in history and enjoys instilling a love for the subject in the students she teaches. When not teaching or writing, she loves to travel. She thought she enjoyed camping until she did it, but she does love being outside. She and her husband, Jon, are the proud pets of three dogs and two cats.

On the Trail of the Yorks Book Tour