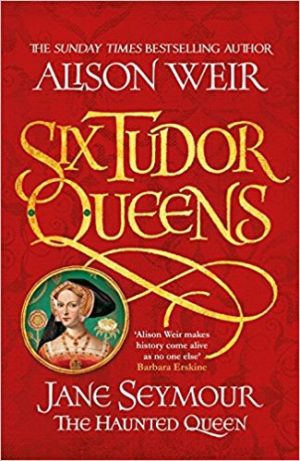 Well-rounded characters and a strong narrative against an historically accurate background – this is historical fiction at its best.

Jane Seymour is a pale and somewhat shadowy figure in the colourful collection of Henry VIII's wives - the pious and amenable one who captured Henry’s attention by being the antithesis of Anne Boleyn.  She was supported, or thrust forward, depending on the view, by the machinations of her power-hungry family, dutifully providing the longed-for son, and dying young, before she could make her mark on history, or indeed, fall foul of Henry.

Little is known about this daughter of a Wiltshire gentry family who served as a maid of honour to Katharine of Aragon in the final years of her marriage to Henry VIII, when Anne Boleyn’s star was on the rise.  Her short marriage and early death provide a relatively blank canvas for the novelist to draw on – which Alison Weir does with relish!

Who was the real Jane?  It is impossible to know, but Weir provides a compelling portrait of who she might have been, addressing head on, as she does, one of the most puzzling and difficult aspects of Jane’s story - her rapid replacement of Anne Boleyn.  How does the view of Jane as a pious, gentle, well-meaning woman marry with her swift usurpation of Anne’s place, becoming Henry’s third wife barely 11 days after Anne’s execution?  I do not want to give too much away, but Weir’s deft handling of this conundrum, of Jane’s character, motives and actions, against an historically accurate background, is the real strength of the book.

One of the most intriguing features of this novel for me is Weir’s portrayal of Henry and Jane’s relationship as a love story.  It is done with great skill and credibility and I found myself being drawn into this story in a most unexpected way, which made the sudden deathly turn of events as Jane was recovering from childbirth even more poignant (even knowing the ending in advance as I obviously did).

Weir questions the traditional view that Jane died from puerperal fever and makes a strong case here, based on new research, for an alternative cause of death – an added filip for historians.

The Haunted Queen is historical fiction at its best – and vintage Weir.  I thoroughly enjoyed the first two books in the Tudor Queens series but this is my favourite so far…………and leaves me eagerly awaiting the next one.