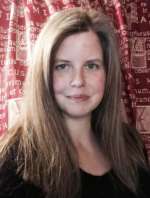 Rebecca Batley is an archaeologist and historian with a particular interest in Tudor and Women’s History. She has worked for amongst others the Museum of London, Wessex Archaeology and is currently writing a book.

The mighty ruins of Thetford priory today lie hidden from the road and receive few visitors, but it was once one of the most important and richest Cluniac priories in the country. As such, it was also the burial place of the powerful Dukes of Norfolk, as well as the original resting place for Henry Fitzroy, son of Henry VIII, for whom a magnificent tomb was being planned at the time of the Dissolution of the Monasteries.

Thetford Priory was dedicated to Our Lady and was founded in 1103-4 by Roger Bigod, in the reign of Henry I. According to tradition, Bigod had sworn to go on pilgrimage to the Holy Land but due to circumstances he asked, and was granted, permission for his vow to be fulfilled by the building of a priory instead. The monastery was affiliated with the Benedictine Abbey at Cluny in France, and it was originally dependent on Lewes Priory, whose prior, Lazo, sent in 12 monks under Malgod to help establish the priory. The building work began in 1107 and by 1114 enough the building work was complete to enable the monks to move in properly.

In form, Thetford Priory followed the standard plan of monastic structures and consisted of a church, refectory, dormitory, cloister, infirmary, prior’s lodging and chapter house. Magnificent and imposing, the church was from a very early date, believed to be in possession of a statue of the Virgin Mary which worked miracles, and it quickly became a site of pilgrimage. The money raised by pilgrims allowed the gatehouse and east end of the church to be rebuilt in grand style and the priory received more than its fair share of royal attention. This was not always for the right reasons - in 1248 the prior of Thetford, Stephen, was involved in a quarrel with a visiting Welsh, monk Stephen de Charun, and was stabbed, dying just outside the great west door of the church. The murderer was arrested and dealt with by the king.

Thetford Priory remained associated with the Bigod family until 1306, and the family were buried there until, upon the last earl of Norfolk, Roger Bigod’s, death in 1306. On the 3rd February 1307 Walter de Northwich, the king’s clerk, was appointed to oversee the king’s patronage of the priory, it was apparently in a good deal of debt and John de Benstede and William Inge were also appointed later that year to ‘apply the rents and issues to the discharge of the debts of the house.[i]

The Priory is today, as it was 500 years ago, most famous for its association with the Howard Dukes of Norfolk, who were patrons of the abbey from 1475 until the Dissolution. In 1483 John Howard was created Duke of Norfolk by Richard III in return for his military and political support. The family's main seat at the time, Framlingham Castle, lay not far from Thetford and the Howards continued the tradition of burial at Thetford. Under the patronage of the powerful Howard family, the priory grew further and by 1500 the monks managed a flock of over 7000 sheep and numerous rabbit warrens, which were hugely profitable. In the early 1500s the priory, which at the time was occupied by 24 monks, really came to the forefront of history. John Howard, 1st Duke of Norfolk, was the first Howard duke to be buried there in 1485 following his death at Bosworth Field and in 1512 he was joined by Anne Howard née Plantagenet, Countess of Surrey. Aside from witnessing these burials, the Priory also paid host to important courtiers including Cardinal Wolsey in the early part of Henry VIII’s reign.

By far the grandest Tudor funeral to take place at the priory occurred in 1524 when an enormous funeral cortège consisting of over 900 lords and various gentlemen, including 3 coaches of friars, wended its way there from Framlingham Castle. They were accompanying the body of Thomas Howard, 2nd Duke of Norfolk, who had died aged 81. He was an English hero having commanded the forces of King Henry VIII at the Battle of Flodden in 1513. The church was full as his funeral service was conducted by Bishop West and three Abbots. Enough food was served for 400 hooded mourners and 1900 people were given black liveries in commemoration of the duke. His body was preceded into the church by a horseman who carried Norfolk’s battle axe which he placed upon the altar. He was also accompanied by heralds who after the ceremonial breaking of staves of the household office into the duke's tomb before the high altar, commanded that people ’Pray for the right noble and mighty prince, Thomas, Duke of Norfolk.’ The cost of such a funeral was enormous, it was half the duke's annual income at 1300 pounds, but it was testament to the honour in which the duke was held.

In 1536 Henry VIII’s illegitimate son, Henry Fitzroy, was also buried at the priory but his funeral was far less grand. Henry VIII had refused to organise the funeral and that task fell to the 3rd Duke of Norfolk whose daughter had married Fitzroy. Henry had ordered the body to be sealed in lead and secretly buried. The coffin was transported in a cart on a bed of straw, accompanied by only two mourners on its way to Thetford. There does not appear to have been any arrangements made for alms or prayers to be said for his soul, instead the king's son was simply laid to rest in the church quietly. The last Norfolk burial took place there in 1537, was that of Thomas Howard, a younger son of the 3rd Duke.

If the Duke of Norfolk hoped that Fitzroy’s burial there would spare it from the ravages of the Reformation he was to be disappointed; he tried to persuade Henry to convert the priority into a church of secular canons and due to this intervention Thetford was originally one of only five religious buildings to be made collegiate churches by the king. However, Henry changed his mind and ultimately decreed that it should be dissolved. On the 16th February 1540, Prior William and his 13 monks signed the deed of surrender. The site was sold to the Duke of Norfolk for 1000 pounds and a rent of 59 5s 1d. The Duke of Norfolk had commissioned beautiful tombs for his father and son-in-law for the church, but these were now removed to the chancel of Framlingham church. Thetford Priory was abandoned and quickly fell to ruin.