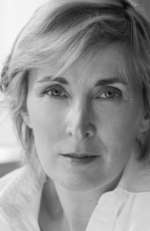 Leanda spoke at the Ryedale Book Festival in October 2017, on Mary, Katherine and Lady Jane Grey: Heirs to the last Tudor. Watch it here

It is Elizabeth Tudor’s Catholic cousin, Mary, Queen of Scots, who is remembered as the queen’s principle royal rival. But until the death of Lady Katherine Grey, Elizabeth feared this English, Protestant cousin far more. This is not a truth that fits with the Elizabethan myths, so Katherine’s dramatic life is largely forgotten, along with one of the great love stories of English history. To recover it, we must return to the dying months of the reign of Elizabeth’s elder half-sister, Mary I.

There was an influenza epidemic and Katherine, aged 18, blonde and beautiful, was nursing a sick girlfriend at the girl’s home. Her friend’s tall, slim, 19-year-old brother, ‘Ned’ Seymour, Earl of Hertford, was also there, and during the course of that country house summer, they fell in love. Katherine and Ned were warned their romance was dangerous.

Queen Mary was sick, and the love affair posed a threat to Mary’s successor, Elizabeth. Under the will of Katherine’s great uncle, Henry VIII, backed by statute, Katherine followed Elizabeth in line to the throne. It was possible, however, that if Katherine was married and had a male heir, the Protestant political elite would prefer her to the unmarried and childless Elizabeth. Indeed, they had form in this regard.

In 1553 King Henry’s son, Edward VI, had cut his half sisters, Mary and Elizabeth, out of his will and bequeathed his throne to Katherine’s elder sister, Jane Grey. The Protestants elite had backed his decision, principally because Mary was a Catholic but also because the Tudor sisters were unmarried while Jane Grey had a husband. Mary Tudor, supported by thousands of ordinary people, had overthrown Jane only nine days after Jane was proclaimed Queen in London. But, as Elizabeth never forgot, the Greys had continued to plot against Mary. With Jane in the Tower, their father had taken part in a rebellion. When it failed, Jane was executed. In modern accounts she died an innocent. But the real Jane was someone we would recognise today: a teenage religious ideologue who understood the weapons of propaganda and embraced death for her cause.

Jane had proclaimed herself a Protestant martyr before her death, and her last letters were published only weeks later as propaganda. They included one written to Katherine, as her spiritual and political heir. It is not surprising Elizabeth did not trust Katherine and believed that for her own security she would have to ensure Katherine never had a son.