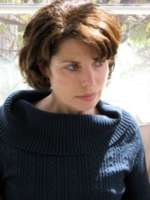 Nancy Goldstone is the author of a range of books on varying historical topics. Her books are eminently readable, as well as being superbly researched. Topics include the four Provencal sisters who married the kings of France, England and their younger brothers; a history of Catherine de Medici and her daughter Marguerite, Queen of Navarre, and the story of Yolande of Aragon and Joan of Arc.

Nancy's latest book, Daughters of the Winter Queen, is on the fascinating Elizabeth of Bohemia, daughter of James VI & I and Anne of Denmark, and her children. Elizabeth's daughter, Sophia, is the ancestor of the British Royal Family.

Although her precise due date has not been released, British royal family watchers know that the countdown is on to the delivery of the Duchess of Cambridge’s third child.  The birth of a prince or princess is always big news, and any day now Facebook and Twitter will light up with posts and tweets as the public waits anxiously for details as to the infant’s health, weight, sex, and, especially, his or her name.

Like everything else about the royal family’s image, the baby’s name will be chosen with great care, most likely with a nod to the venerable ancestry of the dynasty, which has remained in office since the eighteenth century.  This was clearly the case with the couple’s son, who was given one the most popular names for a British monarch in history out of respect for George I, who began the family’s remarkable reign when he inherited the Crown in 1714.

Except that George I was not in fact the person responsible for putting the current royal occupants in Buckingham Palace.  That impressive achievement belongs instead to his mother, Sophia of Hanover.  And since this is Women’s History Month, the one time of year when women get to have an equal place with men when it comes to narratives of the past, it might be worth taking a little time to review exactly who Sophia was and how she came to secure such a valuable legacy.

Born in Holland in 1630, Sophia was the fourth daughter and twelfth child of Elizabeth Stuart (granddaughter of Mary, Queen of Scots) and her husband, Frederick, the deposed King of Bohemia.  Elizabeth and Frederick, both Protestants, were known as the Winter Queen and King for having ruled Bohemia for only a single season before being run out of Prague by the Catholic forces of the Holy Roman Emperor at the start of the Thirty Years’ War.  Forced into exile, they settled in The Hague where they raised a very large family of which Sophia was the youngest of five surviving brothers and three older sisters.

They could not have chosen a more auspicious place to raise their children.  Sophia grew up during the Golden Age of the Dutch, a time of great artistic and intellectual freedom.  As a result, she was one of the most educated women of her time, mastering numerous languages and philosophy.  She married a German count, the Elector of Hanover, and her court was known for its culture and erudition.  Leibniz, co-inventor of calculus, for example, was her close friend and collaborator.  'Monsieur Leibniz must have a high degree of intelligence to make him such an agreeable companion,' her niece once commented.  'It is seldom that scholars are clean and do not smell bad.'

Although living in Germany, Sophia was able to keep a keen eye on her mother’s ancestral kingdom of England, and in 1688 she watched as James II, a Catholic, was betrayed by his Protestant daughters, Mary and Anne, and forced into exile in France.  James’s reign was speedily supplanted by that of Mary and her husband, William III of Orange, in a coup d’état known as the Glorious Revolution.  The couple had no children; it was clear that, after their death, Mary’s sister Anne would inherit the throne.

Then, in the summer of 1700, Louis XIV launched a war for the throne of Spain.  Suddenly, William needed allies to fight against the Sun King and Sophia saw her opportunity.  Pretending she needed to take the waters for her health she journeyed to a spa in Brussels.  She brought along only her adult daughter, Sophia Charlotte, known as Figuelotte.

In September of 1700, these two women met secretly with William III at his summer palace at nearby Loo, and between them they rearranged Europe.  In exchange for military aid against Louis XIV, William promised Sophia the succession of England after the death of Anne and agreed to use his influence with the Holy Roman Emperor to raise Figuelotte and her German husband to sovereignty by creating the Kingdom of Prussia.  In this way was Sophia made Heiress of Great Britain on June 22, 1701 by an Act of Parliament.

But George I gets all the credit because Sophia died on June 8, 1714, less than two months before Queen Anne’s death on August 1, so the Crown came to him instead of his mother.  This in turn allowed the almost exclusively male historians of the eighteenth, nineteenth, and twentieth centuries to write her out of the narrative.  As a result, there have already been six King Georges with a seventh on the horizon—but not a single Sophia.

If the new child born to the Duke and Duchess of Cambridge is a daughter, the royal family will have a chance to remedy this omission and honor the woman to whom they owe so much but have acknowledged so little.  In this age of #MeToo and Time’s Up, it would be nice if the British Crown finally gave their subjects a Princess Sophia.