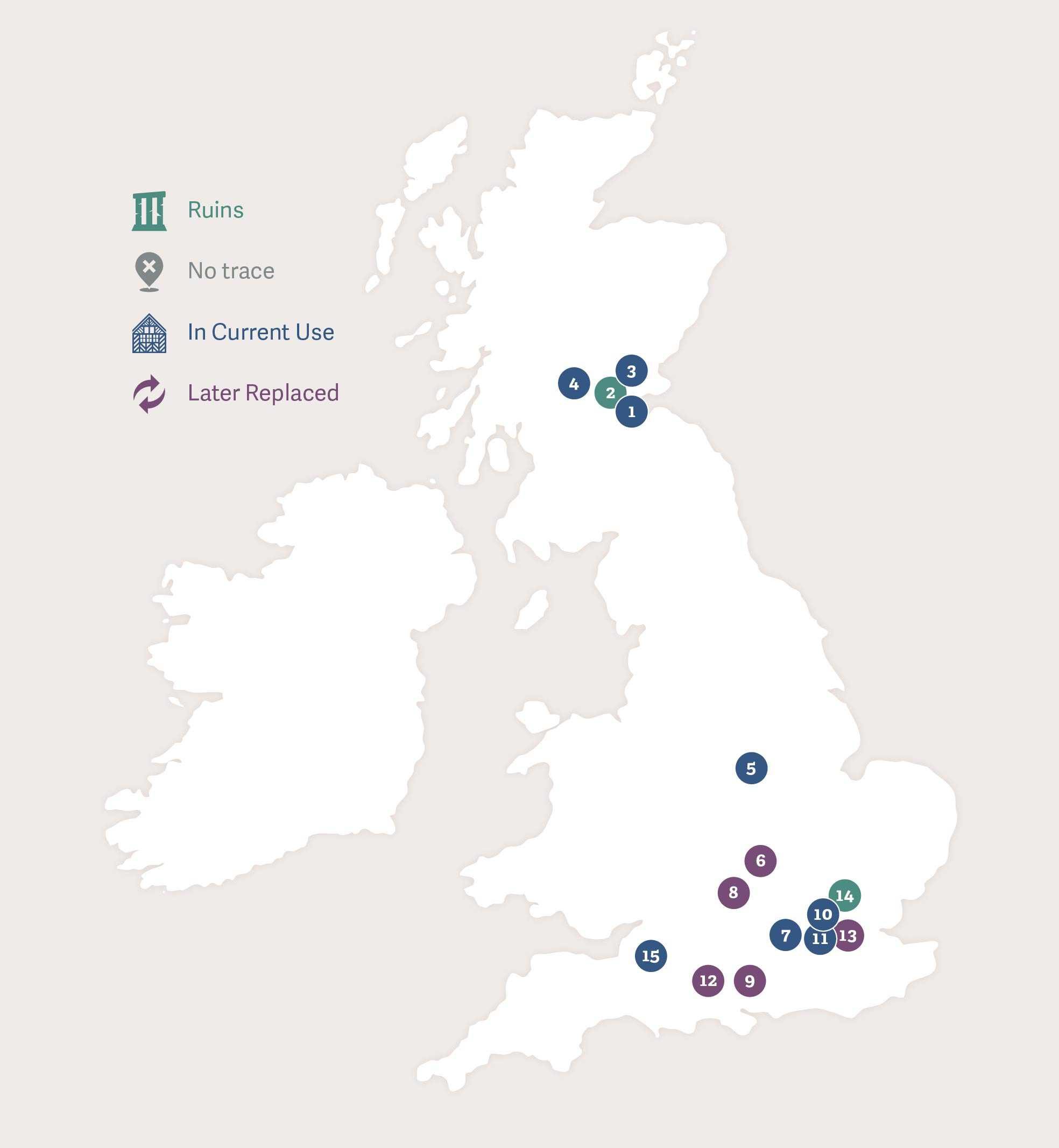 Anne enjoyed several palaces as her own property, both as Queen of Scots, and later as Queen of England, but she also visited the great country houses that had sprung up in the last half of Elizabeth's reign.

Read more about the places associated with Anne of Denmark here