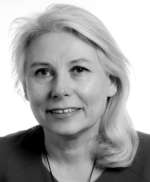 Melita is the co-founder and editor of Tudor Times.

Her life-long interest in Mary I led to her first book, ‘The King’s Pearl’, published in 2017. Researching this brought her attention to the Grey family – cousins to the Tudors, and closely involved with their lives. The result was ‘The House of Grey’, which looks at how national events both influenced ,and were influenced by, people close to the monarch, from the 1450s to the 1550s.

Melita will be studying for a Master’s in Historical Research from October 2019, and is planning her third book – also covering the Tudor period.

One of the things that both fascinates and eludes the historian is gaining an insight into the people behind the events, and especially their personal relationships. Did parents and children have the strong emotional ties that we associate with the nuclear family, or did the more distant and hierarchical style of parenting make the ties weaker? How did they cope with the conflicting loyalties that bedevilled the period as the rivalry between York and Lancaster, and later between Catholics and Protestants, tore the fabric of the country asunder? Sadly, the voices of individuals are hard to pin down. Most archive material is about land transactions or legal cases, with few personal letters surviving; of those that do, little is of an intimate nature – in part, because manners were more formal but also because most letters were dictated to a secretary. The addition of a few words in the writer’s own hand were a mark of special attention.

Given these limitations, an understanding of the bonds between family members often has to be inferred from letters of business, or financial arrangements.  For the Grey family, there are enough records extant to give a clear picture of three mother-son relationships – one apparently loving, but two deeply troubled.

Elizabeth Woodville was around fifteen years old in the early 1450s when she married John Grey, son of a landowner from the neighbouring county of Warwickshire.  The couple had two sons, Thomas and Richard, before John was killed at the 2nd Battle of St Albans on 17th February 1461. Following John’s death, Elizabeth and her mother-in-law quarrelled over Elizabeth’s jointure, leading to the unusual step of Elizabeth leaving the Grey family home, and returning with her sons to her parents’ home at Grafton, Northamptonshire.  It was there that Thomas and Richard spent the next four years.

The Woodville family was extensive: Elizabeth had some thirteen siblings, of whom the younger few were similar in age to the Grey brothers. But they were not especially rich, so Elizabeth would have been closely concerned with her children’s upbringing and the management of the household. She was probably, therefore, physically and emotionally closer to her boys than women of higher rank.

Following the Battle of Towton, where Elizabeth’s father fought for Lancaster, the family were reconciled to the new king, Edward IV.  This gave them access to the king’s circle, and Elizabeth approached one of his closest friends, William, Lord Hastings, to help her in her on-going struggle with her in-laws for maintenance for herself and her children. Hastings was willing to help – the price was Thomas’s marriage to one of Hastings’s (as yet unborn) daughters, and, if they secured the lands to which Elizabeth and her sons were entitled, a sharing of the income.  The proposed marriage was no hardship for Elizabeth to agree. The Hastings and Grey families were of similar rank, and Hastings was high in the king’s favour.

What neither Elizabeth nor Hastings could have imagined in 1463 is that Edward IV would fall in love with Elizabeth and marry her. His nobles were distinctly underwhelmed by his choice of bride, but had little option but to accept it.  Over the years, Elizabeth did her duty as queen, bearing a large family, supporting her husband and involving herself in charitable causes, such as the endowing of Queens’ College, Cambridge.

She also used her influence in the way that nobles of the period consistently did, to promote her family. Edward IV was far too shrewd to appoint anyone to office who did not merit it, but he was happy for Elizabeth to arrange marriages for her siblings and sons that were financially beneficial – it has been argued that he supported her plans in part to build a counterweight to his mother’s family, the Nevilles, who had expected to reap all the rewards for their support of the House of York. The chief of the Neville clan was the king’s cousin, Richard, Earl of Warwick, who had a long-standing feud with Elizabeth’s father, Lord Rivers.

For Thomas, Elizabeth sought a semi-royal bride, Anne Holland. Anne’s father, the Lancastrian Duke of Exeter, had had his lands confiscated and vested in his estranged wife, the king’s sister, Anne of York, with Anne Holland to inherit them. This would give Thomas a very handsome landholding, without Edward IV having to make him any grants. The marriage agreement was concluded, but Anne died childless at the age of eighteen. Since her mother was still the legal owner of the Exeter estates, Thomas had no rights. Another bride would have to be found.

Elizabeth remembered her old agreement with Hastings – he had a step-daughter, Cecily Bonville, who, as Baroness Harington and Bonville, was one of the richest heiresses in the country. The match was rapidly arranged – there is no evidence of how Hastings or Cecily’s mother felt about it, but, given that Thomas was step-son to the king, there is no reason to think they would have objected.

Thomas was granted the marquisate of Dorset by Edward IV, but without any of the lands that such a title normally brought – he would have to rely on Cecily’s property for their joint income, and the inheritance of their children. Later, Thomas secured the wardship of the king’s nephew, Edward, Earl of Warwick. He was also regularly at court, accompanied the king on his invasion of France in 1475 and was a regular jouster. None of this, of course, proves that he and his mother were close, but it is not unreasonable to infer that they were, and that Elizabeth used such influence as she had with her husband for her son’s benefit.  More weight is given to the harmony of their relationship by the events of 1483.

In April 1483, Edward IV died.  One of his last acts was, apparently, to attempt a reconciliation between Thomas and his father-in-law, Hastings. The two were not on good terms, and despite Edward’s last-minute efforts, their rivalry divided the council after the king’s death. Hastings wanted the new king, Thomas’s half-brother, who was only twelve, to govern under a Lord Protector – the late king’s brother, the Duke of Gloucester. Thomas believed that a regency council, similar to those set up in the minorities of Richard II and Henry VI to be implemented – in which he his mother, his brother Richard and his uncle, Lord Rivers, would have significant influence. The rest of the council was divided on the right way forward, while Elizabeth tried to smooth matters over.

Within weeks the country was in uproar. The Duke of Gloucester claimed that Edward and Elizabeth had never been legally married, and the young Edward V and his younger brother disappeared in the Tower of London, while Gloucester took the throne as Richard III. Elizabeth went into sanctuary at Westminster Abbey, whilst Thomas went into hiding.  His brother Richard and Hastings were both executed.

Unable to accept the overthrow of his half-brother and the demotion of his half-sisters to illegitimate status, Thomas became involved in Buckingham’s Rebellion. The revolt was a failure, but he escaped to Brittany, where he joined the little court of Henry Tudor, the Lancastrian heir, and promoted the idea that, if Henry made a successful bid for the crown, he would marry Thomas’s half-sister, Elizabeth of York.  After some months in exile, Thomas received a letter or message from his mother, suggesting he return to England.  Elizabeth’s motivation is unknown, but it may be reasonable to infer that, having lost three sons – Thomas’s brother to the axe, and her two younger sons into a mysterious disappearance - she longed for her oldest child to give her support. Her daughters, other than Elizabeth of York, were all children, and as powerless as herself.

Thomas, it seems, heeded his mother’s call, and left Henry Tudor – but within a few days he was followed and compelled to return. It is questionable whether he ever really meant to return, and without any evidence of what Elizabeth had written, we can’t be sure that she didn’t request his presence in terms that gave the appearance of believing he would be safe in England, whilst actually discouraging him from taking the risk.

As events turned out, mother and son were soon reunited. Although Thomas was left in France as a hostage for a loan Henry raised to pay the troops who helped him win the Battle of Bosworth, Thomas was ransomed and back in England within a few months of Henry’s victory.

Henry married Thomas’s half-sister, and for the first two years of the new reign, Thomas, his mother, half-sister and wife, were all regularly together at court until, in 1487, Elizabeth retired to the convent of Bermondsey. She still attended court from time to time, and her children may have visited her at the convent before her death in June 1492. In her will, she requested that ‘[her] dearest daughter, the Queen’s Grace and [her] son, Thomas, Marquis of Dorset, [would] put their good wills and help for the performance of this [her] testament.’  Whilst this says nothing of affection, it at least shows that she trusted her son.  Thomas was the chief of the male mourners at his mother’s funeral, taking his place at the head of the hearse, and offering a piece of gold at the altar.  He also paid the funeral expenses.

Whilst none of this factual evidence can prove that Elizabeth and Thomas had a loving mother-son relationship, it certainly supports that interpretation.  Quite different is the evidence about our next pair – Thomas’s wife, Cecily, and her oldest son, Thomas II.