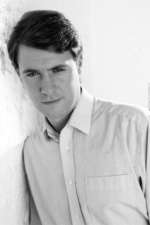 Chris Skidmore is a well-respected author on the Tudor period. His first book Edward VI, The Lost King of England was followed by Death and the Virgin (about the mysterious death of Amy Robsart, wife of Elizabeth I’s favourite, Dudley).

His latest work, Bosworth – the Birth of the Tudors, has received wide-spread acclaim. Chris is currently working on a biography of Richard III, to be published in May 2016.

Chris read History at Christ Church, Oxford, where he was President of the Oxford University Historical Society and acted as Research Assistant to Robert Lacey for his Great Tales of English History series. Whilst conducting his postgraduate research Chris was a convenor of a graduate seminar on the Tudor nobility, a topic that has informed his subsequent work.

Much has been written about the Battle of Bosworth as a titanic clash between the personalities of Richard III and Henry Tudor, an event which understandably ranks as one of the most important dates in English history: a game changing moment which marked the death of the Plantagenet dynasty and in its place, the birth of the Tudors. Yet the stories of the men who fought for their masters, whose lives and experiences are easily forgotten amid the grand narrative of kings, can be equally compelling.

It is estimated that between a thousand and two thousand men fell during the two hours that the battle was fought. Some of the bodies of the nobility killed on the battle, such as John, Duke of Norfolk, were taken away to be buried in family tombs. Norfolk’s body was removed to Thetford Priory, and later to Framlingham following the priory’s dissolution. In 1841, his sheet lead coffin was opened, where was discovered the skull of an old man, judging by the state of its teeth, still with its hair, ‘of a fair or sandy colour’ intact. At the front of the skull there was ‘a large hole … as if the head must have had some severe blow at some time or other’.[1]

Howard had been faithful to the last. Despite being urged to flee Richard’s camp, he led the king’s vanguard where he was killed in action. In the words of Hall, ‘he regarded more his oath, his honour and his promise made to King Richard like a gentleman and a faithful subject to his Prince, and absented not himself from his master, but as he faithfully lived under him, so he manfully died with him, to his greater honour and laud’.

Yet it must have been clear that even before the battle had begun, Richard’s forces had also begun to be sapped by defections. An anonymous bill-writer, who pinned to Howard’s tent the message that Richard had been ‘ bought and sold’ merely presaged what was to take place on the battlefield. At least one of the royal commissioners of array, John Biconnell of Somerset, in spite of his family ties with Lord Zouche, took his forces to Henry. [2]The night before the battle, according to one chronicler, Richard ‘lost much of his people, for many gentlemen that held good countenance with master Brackenbury, then lieutenant of the Tower, and had for many of them done right kindly, took their leave of him ’. One of them was Sir Walter Hungerford who was later rewarded for his defection, ‘in consideration of the great jeapordies, costs and charges sustained in the king’s service’.[3]

It seems that some men who turned up to fight for Richard were less bound by loyalty than fear. Richard had promised the death sentence and confiscation of all lands if his orders were not obeyed in his letter to Sir Henry Vernon. A sense of the fear that the king was able to strike into men comes from a petition of one William Finch, who through being a servant to Bishop Morton’s nephew had joined Henry in exile, but had returned to be “ beaten and maimed’ by Richard’s servants, ‘as it appeareth as well on his hands as other parts of his body ’.

It is not surprising then that Geoffrey St Germyn had been attainted on 7 November, yet his daughter Margaret petitioned Henry that although she admitted her father had fought for Richard ‘ in the last field’ he had done so under duress, having been ‘so manashed by the letters of the same late Duke, that unless he came to the said field he should lose his life, lands and goods; for dread whereof, he was in the same field, full sore against his will ’.[4]

There were other fears to overcome: battle could lead to divided loyalties, between king and family, country and community. There were difficult choices to be made.Sir Gervase Clifton and John Byron were friends and neighbours, but chose to fight on opposite sides of the field. Clifton was a royal servant active in the Duchy of Lancaster and an esquire of the king’s body as well as a prominent Nottinghamshire landowner; there would have been no chance of him not committing to the king.

Byron on the other hand decided to back Henry. Tradition recalls that they made a pact on the battlefield that whoever survived would protect the interests and inheritance of the other. [5] Richard’s own supporters, whether through close family ties, also managed to help the relatives of the fallen. John Kendale fought for Richard at Bosworth, and was attainted after the battle; he survived however to marry Elizabeth, the widow of Sir Richard Charlton who had died fighting for the king. [6] Sir Richard Charlton’s death on the battlefield, must have left his sister Agnes, distraught, yet her husband was Sir Thomas Bouchier, who had defected to Henry’s side. Perhaps her grief was alleviated when her brother’s lands were granted to Bouchier in reward for his service. [7]