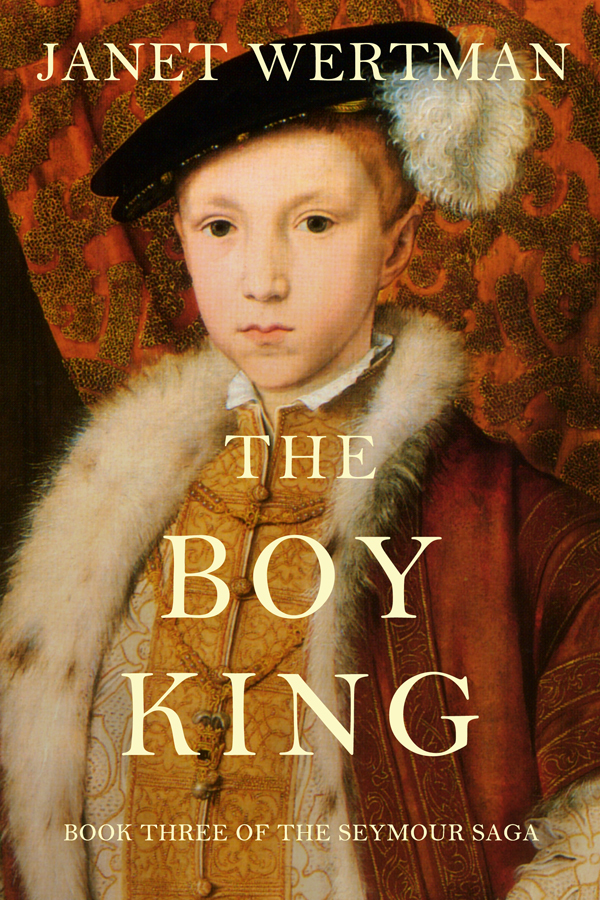 The Unsuspecting Reign of Edward Tudor

Motherless since birth and newly bereft of his father, King Henry VIII, nine-year-old Edward Tudor ascends to the throne of England and quickly learns that he cannot trust anyone, even himself. Edward is at first relieved that his uncle, the new Duke of Somerset, will act on his behalf as Lord Protector, but this consolation evaporates as jealousy spreads through the court. Challengers arise on all sides to wrest control of the child king, and through him, England.

While Edward can bring frustratingly little direction to the Council's policies, he refuses to abandon his one firm conviction: that Catholicism has no place in England. When Edward falls ill, this steadfast belief threatens England's best hope for a smooth succession: the transfer of the throne to Edward's very Catholic half-sister, Mary Tudor, whose heart's desire is to return the realm to the way it worshipped in her mother's day.