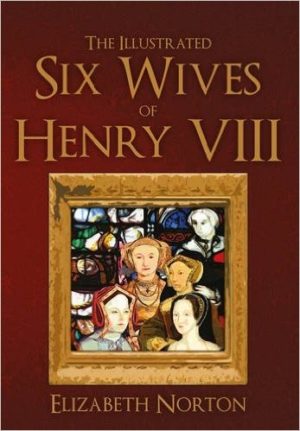 A good overview of all of the six wives, excellent for a reader wishing to grasp the important facts and sense of the chronology of Henry’s marital career.

Books on Henry VIII’s wives are legion – from academic tomes about individual queens, to popular fiction that aims to bring their tragic stories to life. Ms Norton is therefore working in a crowded field. She approaches her material in a straightforward, well-organised fashion, covering the main facts of each of the women’s lives, and touching on their relationships both with Henry, and, particularly in the case of the first three wives, each other. Ms Norton does not indulge in speculation about what the women were thinking or feeling, she allows the facts to support themselves.

In the current rather partisan pro/anti Anne Boleyn atmosphere engendered by the success of "Wolf Hall", Ms Norton remains calm and unbiased. She rightly points out that, even if Cromwell did carry out the mechanics of Anne’s downfall, he is hardly likely to have done so without the King’s approval.She also challenges the frequently repeated belief that Anne of Cleves was happy to be divorced, identifying (although she doesn’t mention the source) that Anne attempted to have the annulment reversed during Mary’s reign.

There is a final chapter on Henry VIII’s mistresses, and this seems to me to be on shakier ground altogether, with the exception of the section on Bessie Blount, which Ms Norton is an expert in. Of particular interest is the suggestion that her affair with Henry might have continued beyond the birth of Henry Fitzroy, perhaps encompassing the birth of a second child.

As for the other alleged mistresses, the evidence is thin. Even the assumption (not confined to Ms Norton) that Mary Boleyn was Henry’s mistress for several years has no supporting evidence. All we know is that he admitted to ‘meddling’ with her.

Ms Norton’s style is clear and uncluttered, making the book easy to absorb and informative.Her choice of illustrations is also interesting. Some plates of drawings in the Rijksmuseum of Henry are particularly unusual and give an extra dimension to the work.

We received a review copy of this book from the publisher.