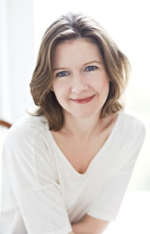 Jessie Childs is the author of God's Traitors: Terror and Faith in Elizabethan England published by Bodley Head in the UK and Oxford University Press in the USA.

An angel to her friends, a “hot holy lady" to her enemies and, simply, “the virgin" to her Jesuit confessor, Anne Vaux was one of the most remarkable women of the Elizabethan age. Yet there is no biography of her, no portrait, no marked grave and no letters beyond those intercepted by prison guards. Like the orange juice ink with which she wrote, she was invisible, until the heat was on.

Anne was born in Northamptonshire in 1562, four years into the reign of Elizabeth I, a reign that saw the Mass banned, priests outlawed and conversion to Rome made treason. She witnessed the steady decline of her father, William, third Baron Vaux of Harrowden, whose decision to welcome his children's former tutor, the Jesuit missionary priest Edmund Campion, through his gates in 1580, led to imprisonment and pecuniary pain. He was regularly fined £20 a month for not attending the Protestant services of the state church. By 1593 his debts were so dire that he pawned his parliamentary robes. He died two years later, having lost his pride, his credit, his home and, perhaps also by then, his mind.

Anne's brother Henry fared no better. He was a key operative in the underground mission to keep Catholicism alive in England. In 1585, soon after an act was passed making it a capital offence to be, or even to harbour, a seminary priest in England, he took charge of a fund for the relief of all the priests in hiding. According to the government spy, “AB", Henry “daily" handled money, intelligence and communications for the mission. On November 5 1586, the Vaux home in Hackney was raided. Henry was arrested, imprisoned and died the following year.

Anne stepped into the breach. For the next 20 years it was her vocation to keep Henry Garnet, the superior of the Jesuit Mission in England, alive and active in the field. She and her older sister, Eleanor Brooksby, rented various safe houses, where Garnet received priests in need of guidance and lay people hungry for the sacraments. Often they travelled with Nicholas “Little John" Owen, a diminutive carpenter who worked in the evenings building hiding places behind fireplaces and in attic voids.

There were frequent raids, including one in the early hours of October 19 1591, which Garnet recorded in some detail. They were staying in a house in Warwickshire, probably Baddesley Clinton, near Knowle, which had a sewer-hide in the west range. There were seven priests in the house when the Queen's agents – the “pursuivants" – turned up and demanded to speak to the mistress. “Doors were bolted," Garnet recalled, “everyone warned, books collected, pictures, rosaries, chalices, vestments and all other signs of our religion were thrown into the culvert together with the men."

Anne's sister, Eleanor, a widowed mother of two, found these raids too much, so “on this occasion, as often before" she hid and Anne “posed as the mistress of the house". When all was clear, Anne opened the doors and subjected the Queen's men to a barrage of dameish outrage: “Do you think it right and proper that you should be admitted to a widow's house before she or her servants or children are out of bed? Why this lack of good manners? Why come so early? Why keep coming to my house in this hostile manner?"

The pursuivants proceeded with the search, turning each room upside down and behaving, Anne told Garnet, “just like a party of boys playing blind man's bluff, who in their wild rush bang into the tables and chairs and walls and yet haven't the slightest suspicion that their playfellows are right on top of them and almost touching them". One man picked up a silver pyx and put it back down again “as though it were the most ordinary thing in the world". Another overlooked a valuable dalmatic right in front of him.

The raid lasted for four hours, the priests standing ankle-deep in water as the pursuivants tore madly through the house above them. Only after breakfast and a bribe did they leave. Garnet credited Anne with their escape: “I've often seen her so exhausted by the chronic weakness that she nearly always labours under," he wrote, “that she finds it painful to speak even two or three words, yet on the arrival of the pursuivant she suddenly rallies to such an extent that she has been known to spend as much as three or four hours arguing with him." Indeed, thought Garnet, “though she has all a maiden's modesty and even shyness, yet in God's cause and in the protection of His servants, virgo [girl] becomes virago [a female warrior]".

Anne was not afraid of upsetting her co-religionists either. She sued her stepmother's brother, Sir Thomas Tresham, for her dowry and was quick to defend the Jesuits in their dispute with the secular priests over the running of the mission. One of their opponents, William Watson, retaliated in 1602, accusing Anne and her fellow “Jesuitesses", of being “silly gentlewomen", “hot holy ladies" and “a stain to that sex and a dishonour to womanhood". He signalled Anne out as “a seeming saintly votary", a jibe that must have been as tiresome as it was regular. Anne's proximity to her confessor frequently raised eyebrows, but she had vowed chastity and lived, to all intents and purposes, as an uncloistered nun. Garnet called her “my ever dearest in Christ".

In addition to renting safe houses and providing an escort for Garnet (frequently under the alias “Mrs Perkins") Anne Vaux also supported and bailed out other priests and acted as a front for the Jesuits' fiendishly complex finances. She and Eleanor also catechised the young, patronised devotional literature, preserved relics and championed local martyrs. As Garnet's chief “gatekeeper", she wielded considerable influence. In extremis, he would convey instructions and even appoint a temporary successor through her.

Other Catholic women looked to Anne for guidance. During a pilgrimage to St Winifred's Well in Wales in September 1605 one of them asked her where she and Garnet would “bestow themselves until the brunt was past in the beginning of the Parliament". Which is to say, at least one Catholic woman thought that Anne Vaux knew all about the Gunpowder Plot.

She certainly had her suspicions. On pilgrimage, she noticed the numerous fine horses in her hosts' stables and told Garnet that “she feared these wild heads had something in hand". She begged him “for God's sake to talk with Mr Catesby and to hinder anything that possibly he might". She knew that the plot would be placed at Garnet's door, as, indeed, it eventually was, even though he only learned of its details via the confessional.

When Garnet was arrested – taken from a priest hole in Worcestershire after a week-long raid – Anne followed him to London and sent him letters, etched in orange juice (a passable invisible ink that is only exposed by heat). Eventually, Anne herself was arrested, imprisoned and interrogated. Accused of impropriety with Garnet, she reportedly laughed loudly, then rounded on her examiners: “You come to me with this child's play and impertinence, a sign that you have nothing of importance with which to charge me."

Of course, she sneered, she had known about the powder treason. She was, after all, a woman, and women make it their business to know everything. And of course Garnet had been involved: since he was the greatest traitor in the world, he wouldn't have missed it. Then she thanked her guards for giving her board and lodging, as no one else in London was prepared to put her up. “She is really quite funny and very lively," wrote an admirer. “She pays no attention whatsoever to them, and so she has them amazed and they are saying: 'We absolutely do not know what to do with that woman!'"

Anne was released from the Tower soon after Garnet's execution on May 3 1606. She continued to work for the English mission in Leicestershire and, latterly, in Derbyshire, where she ran a clandestine Catholic school at Stanley Grange. The last extant reference to her is in 1637. Her service to the English mission was acknowledged in two dedicatory epistles. In 1621 John Wilson, translator of The Treasure of Vowed Chastity in Secular Persons, praised her “sincerity of heart and virtuous manner of life". Six years earlier, Michael Walpole presented his translation of the life of Ignatius Loyola to Anne, “before all others", in recognition of her work with Loyola's children “in our afflicted country". But perhaps the greatest tribute came during the reorganisation of the Jesuit mission in the 1620s. What had been known as the Leicester mission was turned into an official Jesuit “Residence" covering Leicester, Derby, Rutland and parts of Nottingham. They called it the Residence of St Anne.