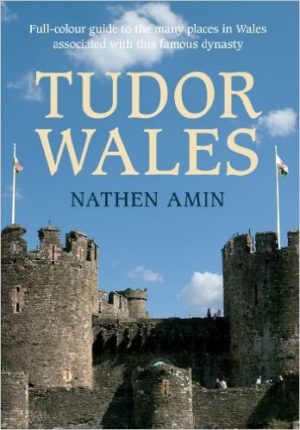 A fascinating guide to some of the more out-of-the-way places associated with the Tudors.

Nearly all British history books are Anglo-centric, even those dealing with the Tudors who were of Welsh origin and whose success at Bosworth was enabled by, even if not entirely dependent on, the actions of the Welsh gentry. It is therefore a great treat to read a book about Wales and some of the places associated with the Tudor period. I will own up to a certain prejudice here as a Welsh woman, but even non-Welsh readers should appreciate learning about a wide variety of locations from the ruins of Lamphey Palace where Lady Margaret Beaufort passed her honeymoon with Edmund Tudor, to the tiny Ty Gwyn at Harlech, whence Jasper escaped to France during 1461.

There are examples of Elizabethan architecture in the unusual town house, Plas Mawr in Conwy and the delightful Gwydir Castle, beautifully restored now and once the home of Katherine of Berain, possibly a distant cousin of the main Tudor line.

Amin’s style is clear and straightforward. He links the locations to the history but he sticks to the facts and does not indulge in flights of romantic fantasy – often a temptation when writing about places.

Amin covers castles, churches and even cellars as he identifies sites linked with the Tudors and their adherents from their earliest period of influence under Richard II to the end of Elizabeth’s reign and I am almost certain that even the most widely read Tudor buff will find a location that he or she has never heard of before.