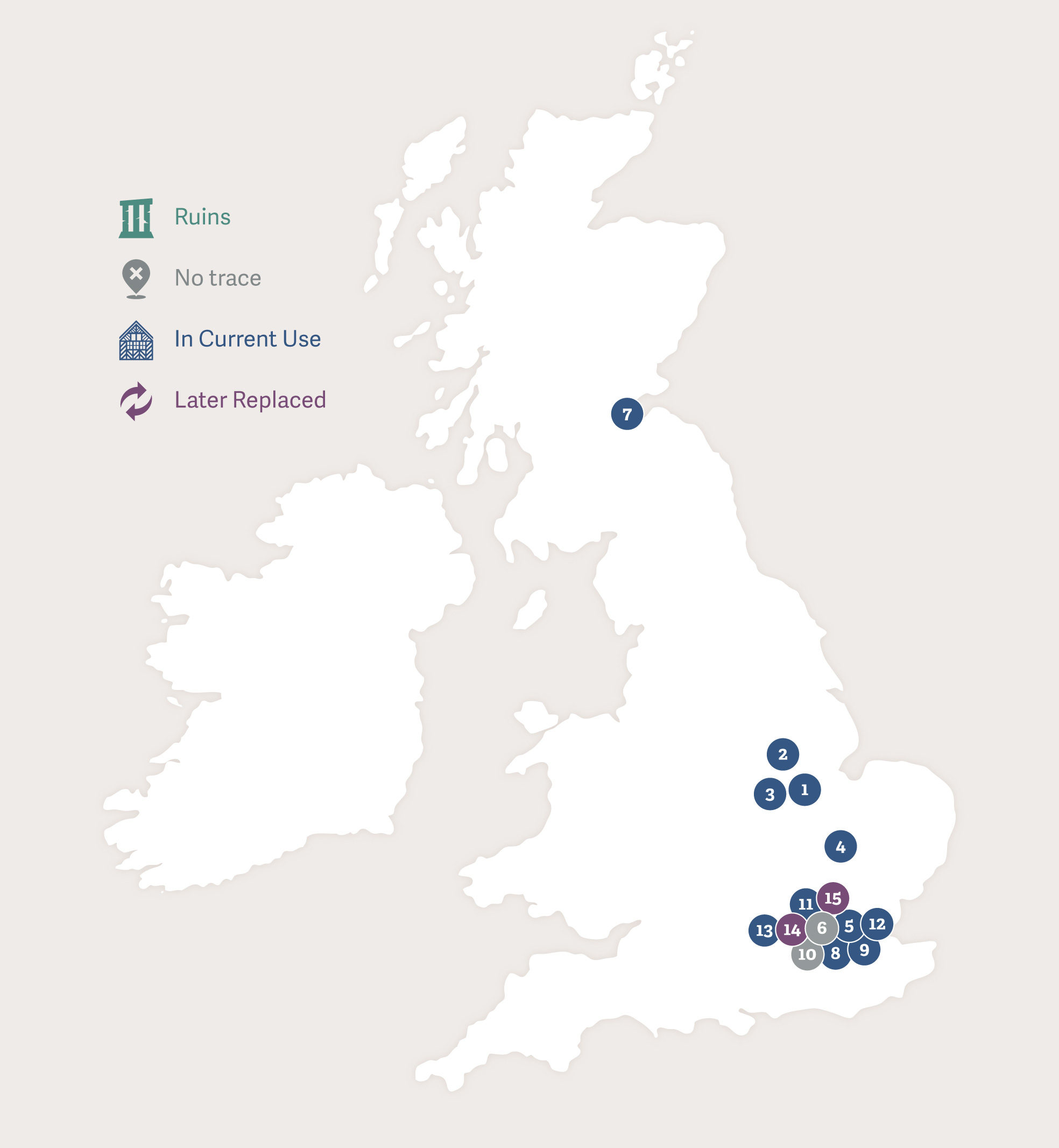 Cecil's youth was spent in Lincolnsire and Cambridge, but after university the majority of his time was spent in and around the court. He visited Scotland twice, once in peace, and once in war, and had two short trips abroad.

Read more about the places associated with Cecil here.