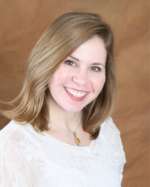 Heather R. Darsie works as an attorney in the US. Along with her Juris Doctorate she has a BA in German, which was of great value in her research in the archives of Germany, Switzerland and the Netherlands for her first book, 'Anna, Duchess of Cleves: the King's Beloved Sister' (2019).

In addition to German, Ms. Darsie speaks French and Spanish. She is currently studying for her Master's in Early Modern History through Northern Illinois University.

Anna von der Mark was born on 28th June 1515 as the second daughter and second child of Johann III of Cleves-Mark and Maria of Jülich-Berg. She followed another daughter, Sybylla, who was born 17th July 1512. Anna was named after her paternal aunt Anna, the only legitimate daughter of Duke Johann II of Cleves-Mark. Anna’s place of birth is disputed. In 1515, there existed three main ducal castles; the Ducal Palace in Düsseldorf, the Schwanenburg or Swan Castle, in Cleves, and Hambach Castle in Niederzier. The Ducal Palace was badly damaged by a fire in late 1510, though possibly still inhabitable. Hambach Castle was almost destroyed due to a gun powder explosion in late 1512. The only castle that was in complete working order was the Swan Castle, however, Anna’s paternal grandparents resided here at the time of her birth because her grandfather was still the Duke of Cleves. Anna’s father Johann III was jure uxoris Duke of Jülich-Berg in 1515, as Anna’s maternal grandfather passed away in 1511. Additionally, the living apartments in the Ducal Palace were still intact, so it is still quite possible that Anna was born in Düsseldorf.

Anna’s brother Wilhelm was born exactly thirteen months after Anna, on 28th July 1516 at the Swan Castle in Cleves. Wilhelm’s birth must have been a relief to his parents. He received the education necessary for a future ruler, and had instruction in humanism. Desiderius Erasmus sent copies of his work to Wilhelm when Wilhelm was a teenager, and was invited to live at the Cleves court during the reign of Anna and Wilhelm’s father Johann III. Anna’s sister Amalia was born on 17th October 1517 or 14th November 1517. She was likely born at the Swan Castle, but her traditional place of birth is given as Düsseldorf.

Anna and her sisters were recognized as “born” duchesses of Jülich-Cleves-Berg. In the part of the Holy Roman Empire which is today considered Germany, women were not allowed to inherit property. The distinction of a “born” duchess, instead of a duchess consort or duchess regnant, was an important one. If the born duchess did not have a brother to inherit, then her husband had the right to rule the territory jure uxoris. Anna’s own mother, Maria of Jülich-Berg, is an example of this. Maria was her father’s only legitimate child. Maria’s half-brother, Johann of Jülich, was illegitimate. Johann of Cleves-Mark and Maria were wed in 1509, and Johann became the Duke of Jülich-Berg jure uxoris after Maria’s father died in 1511. Maria herself was recognised as the Duchess Regent of Jülich-Berg, occasionally appearing to discuss governmental matters.

Every detail of daily life in the Frauenzimmer was accounted for in the ordinances. Multiple contracts regulated who provided which services to whom, and proper compensation. Payment took the form of housing, food, clothing, or even horses. Naturally, money was acceptable, too. It is possible that as part of her and her sisters’ education, they participated in accounting for the payments made to the Frauenzimmer household. Anna likely learned basic accounting skills, as that was vital for accurate record-keeping and administration of a noble household.

There is no evidence of Anna of Cleves’ life as a young girl, but it is certain that she and her sisters were brought up within the Frauenzimmer. Their mother Maria was an important part of their life, and educated them in the Catholic faith. Anna learned to read and write at least one German dialect, and likely understood at least some Latin. It is important to understand that the modern German language is based off a form of Saxon German from the 16th century, and that there were hundreds of German dialects spoken throughout the Germanic portions of the Holy Roman Empire.

Neither Anna’s education nor lack of a grasp on the English language should be held against her. Anna learned practical skills that were valued in Germany. Once marriage negotiations with England were concluded, Anna may have learned some English before she met Henry VIII, who was born 28th June 1491. One should keep in mind that Katharine of Aragon could not speak English when she arrived for her marriage to Prince Arthur Tudor. England in the early 16th century was a small, unstable island country, and not yet the great power it would become during the late 16th and early 17th centuries. There was no reason for a Spanish or German princess to learn English.

Anna’s family was not unknown to Henry VIII when she was born. In 1511, the Duke of Guelders engaged in various skirmishes with Anna’s grandfather, reports of which were given to Henry VIII at court. Henry was kept abreast of settlement negotiations between Johann II of Cleves and the Duke of Guelders in 1514, too. Henry was kept abreast of events on the European mainland throughout his reign, which included politics in Cleves. Although it was far-fetched in the beginning of Henry VIII’s reign that he would take a German woman as his queen consort, the territory of Jülich-Cleves-Berg was certainly not unknown to him, nor was it an obscure political region.

Anna’s mode of dress followed the typical German style of rich fabrics cut with voluminous skirts and high necklines. She also wore several chains as a young woman, a common fashion of the time. Anna’s clothing style likely did not reach the level of decadence which her elder sister Sybylla enjoyed in Saxony. Once she arrived in England, Anna’s Germanic clothing would have stood out, but was not overtly foreign or unknown to the English court. Rather, it just was not fashionable. Anna quickly adopted the French style of dress that was favored by the ladies at Henry VIII’s court.

Throughout her life in England, Anna conducted herself well despite the adversity she faced. She used the skills she learned as a child and young woman in navigating her life at and away from Henry VIII’s court, and the courts of Edward VI and Mary I. Anna made the best of a marriage to a man who, at 48 years old, was literally exactly twice her age. After her marriage was annulled, Anna did her best to maintain her dignity while having positive relationships with those around her. Anna von der Mark, Born Duchess of Jülich-Cleves-Berg, was much more than just a “Flanders mare,” she was the model of queenship.

1.      Dashing through the Snow: Dangers of Alcohol Consumption in Reformation Era Augsburg

2.     A History of Beer Brewing in Germany and the Low Countries

3.     Phoenix Birth: Jane Seymour and the Importance of Death and Birth in Tudor England

4.     The Iberian House of Trastamara

5.     Sibylle, the Other Daughter of Cleves