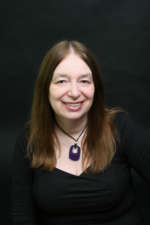 Alison Weir is the top-selling female historian (and the fifth bestselling historian overall) in the United Kingdom, and has sold over 3 million books worldwide. She is a Fellow of the Royal Society of Arts and Sciences and an Honorary Life Patron of Historic Royal Palaces.

She has published nineteen history books, including her most recent non-fiction book, Queens of the Crusades, the second in her England’s Medieval Queens quartet. Alison has also published several historical novels, including Innocent Traitor and The Lady Elizabeth.

Alison has written extensively about the Tudor period, in highly respected and very popular non-fiction and fiction books. Her popular Six Tudor Queens series of novels about the wives of Henry VIII were all Sunday Times bestsellers. Alison's latest novel, Elizabeth of York: the Last White Rose, was published on 12 May 2022.

On 10 November 1480, Elizabeth Wydeville, queen of Edward IV, gave birth to her tenth and last child at Eltham Palace. The baby girl was called Bridget, a name that had no royal precedent but was perhaps chosen by the King’s mother, Cecily, Duchess of York, who cherished a special devotion to St Bridget of Sweden, foundress of the Bridgettine order. Choosing the name of a saint who left the royal court of Sweden to found a monastic order suggests that the King and Queen decided from the first that they would devote this daughter to God. It was not unusual for wealthy medieval parents to make such a gesture in thanksgiving, laying up treasure for themselves in Heaven. Their daughter would have no choice in the matter.

Their wishes were honoured by Henry VII, who succeeded to the throne in 1485 and married Bridget’s oldest sister, Elizabeth of York. Between 1486, when Bridget was considered as a potential bride for James III, and 1492, when she is recorded as coming from Dartford to Windsor - Bridget was sent to the Dominican priory at Dartford, Kent, to join the sisters of the Order of St Augustine, a house of enclosed nuns. Dartford was the only Dominican nunnery in England, and the seventh-richest convent in the land at the time of the dissolution of the monasteries in the 1530s. It was famous as a centre of prayer, spirituality and education, and had enjoyed royal patronage since its foundation by Edward III in 1349.

Bridget was perhaps sent to Dartford in 1487, aged six, soon after her mother had retired to Bermondsey Abbey. Initially, like other children of rank, she would have lived in the priory as a boarder before entering the novitiate. The earliest date she could have taken her final vows was November 1493, for girls had to be thirteen to become professed Dominican nuns. They also had to be highly educated, and Bridget would have been tutored well in the Priory’s school and become familiar with the holy texts in its library. On entry to the Order, she donned the requisite white tunic and scapular and black mantle and veil, and embarked on a strict regime of prayer and contemplation. Nevertheless, she continued to correspond regularly with her sister, the Queen. Elizabeth paid her a pension of 20 marks (£3,250) a year and forwarded money to the Prioress of Dartford ‘towards the charges of my Lady Bridget’. In 1495, Cecily, Duchess of York bequeathed to Bridget three books: the Legenda Aurea, a life of St Catherine of Siena and a life of St Hilda.

In July 1502, Elizabeth’s privy purse expenses record that she sent 66s.8d. (£1,600) to the Prioress ‘towards such money as the Abbess hath laid out towards the charges of my Lady Bridget there’. An identical sum was sent to Bridget herself. In September, at Elizabeth’s command, a messenger was dispatched from Windsor to Dartford, possibly to ask after Bridget’s health and request her prayers. Among the mourners at Elizabeth’s funeral in 1503 were the Queen’s four sisters, even the nun Bridget, all wearing mourning attire with sweeping trains.

Both John Speed and John Weaver, writing in the seventeenth century, state that Bridget died in 1517, but Thomas More, writing in 1513, refers to Elizabeth’s only surviving sister Katherine as still living, which suggests that Bridget was then dead. She was buried in the priory church at Dartford, but her grave was lost during the Dissolution of the Monasteries.

More states that, ‘representing the virtue of her whose name she bore, [she] professed and observed a religious life in Dartford’, and Speed says she ‘spent her life in holy contemplation unto the day of her death’. Yet, in the last few years, there have been suggestions that she had a bastard daughter, Agnes of Eltham, who was born around 1498 and became a ward of Dartford Priory. In my biography of Elizabeth of York (2013), I myself wondered if there might be some truth in this.

Agnes is said to have been maintained by the Crown until Elizabeth of York’s death in 1503, and to have had a considerable dowry when, in 1514, she married Adam Langstroth (1490-1549), a rich landed gentleman of Arncliff, Yorkshire. He served Lord Clifford, with whom he had fought at the Battle of Flodden Field in 1513. His family had resided in Longstrother Dale in the West Riding of Yorkshire for generations, but parish registers go back only to 1548. His wife, and the mother of his sons, was called Agnes, but there is no evidence that she was called ‘Agnes of Eltham’.

Did Agnes of Eltham exist at all? There is no mention of her in Elizabeth of York’s privy purse expenses for 1502-3, and the only contemporary source cited for her existence is Lord Herbert of Cherbury’s Life and Reign of King Henry the Eighth. I can find no reference to her there, or in Nunneries, Learning and Spirituality in Late Medieval English Society: The Dominican Priory of Dartford by Paul Lee (2000) or ‘Dartford Priory: A History of the English Dominicanesses’, published in The Victoria County History of the County of Kent (1926).

‘Agnes of Eltham’ may have been confused with Agnes Roper, the only recorded nun of that name at Dartford on the years leading up to the Dissolution. Her father was John Roper of Well Hall, the Attorney General, and her brother, William Roper, married Margaret, the daughter of Sir Thomas More. Well Hall is at Eltham, which could account for her being called Agnes of Eltham. Agnes’s mother was Jane, the daughter of Sir John Fyneux (or Fyneux), Chief Justice of the King's Bench. In 1524, his sister Anne was sub-prioress at Dartford; that year, John Roper of Eltham, Kent, esq., left to his daughter Agnes, the nun of Dartford, £13 6s. 8d.; for the prioress and convent £3 6s. 8d.; and to ‘the Lady Fyneux’, sub-prioress, 40s.

It does seem that, at some time, the evidence has become muddled. To sum up, no contemporary source mentions ‘Agnes of Eltham’; there is no record of her being a ward of Dartford Priory or of being supported by the Crown. Almost certainly she has been confused with Agnes Roper, or even Anne Fineux; in historical sources, the names Agnes and Anne are often interchangeable. We know the antecedents of both these ladies, and it is highly improbable that either was the bastard daughter of Bridget of York. Moreover, the evidence we have shows that Bridget was a devout nun, and that no scandal attached to her during her lifetime. It would be sad if it did now.